How Does Laparoscopic Fundoplication Work?

Laparoscopic Nissen Fundoplication is considered the standard surgical treatment for severe heartburn, or gastroesophageal reflux disease (GERD). Nissen fundoplication is an option for patients with GERD and for whom medicine and lifestyle changes have not been effective in resolving their symptoms. The procedure is performed laparoscopically, allowing patients to recover quickly and with less scarring than an open surgery. 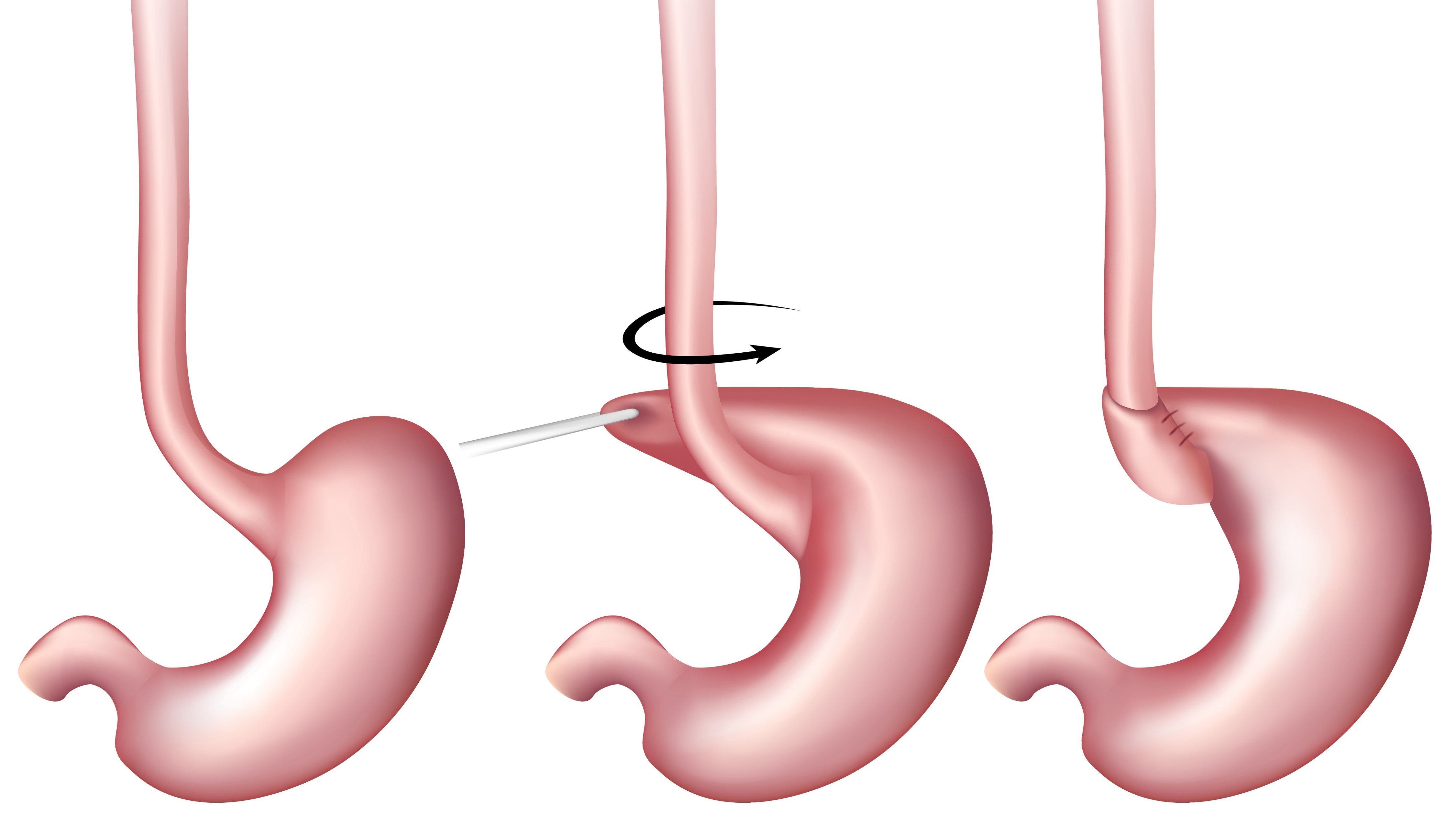 Laparoscopic Nissen Fundoplication involves reinforcing the lower esophageal sphincter (LES) which is located at the end of the esophagus so stomach acid cannot reflux into the esophagus. The procedure is carried out in a hospital under general anesthesia.

During the surgery, the doctor uses small instruments and cameras inserted through multiple small incisions in the abdomen to perform the procedure. The abdomen is first filled with a harmless gas (carbon dioxide) in order to have more room to maneuver. Then, the valve at the end of the esophagus is tightened by wrapping the upper portion of the stomach around the lowest portion of the esophagus like a collar, and securing with sutures. The goal of the surgery is to strengthen the lower esophageal sphincter in order to alleviate chronic heartburn.

Studies show successful relief of symptoms in 90% of patients

Am I a Candidate for Laparoscopic Nissen Fundoplication?

You may be a candidate for lap Nissen if you have been diagnosed with GERD, and lifestyle and medication are not resolving your symptoms. At a consultation, our GERD specialists will be able to evaluate your specific health needs and determine the best treatment plan for you.

We are focused on effective solutions to help patients relieve their pain and symptoms caused by acid reflux. If you would like more information regarding laparoscopic fundoplication or to find out if you are a candidate, call us at (713) 999-6865 or click here to schedule a consultation with one of our GERD physicians.